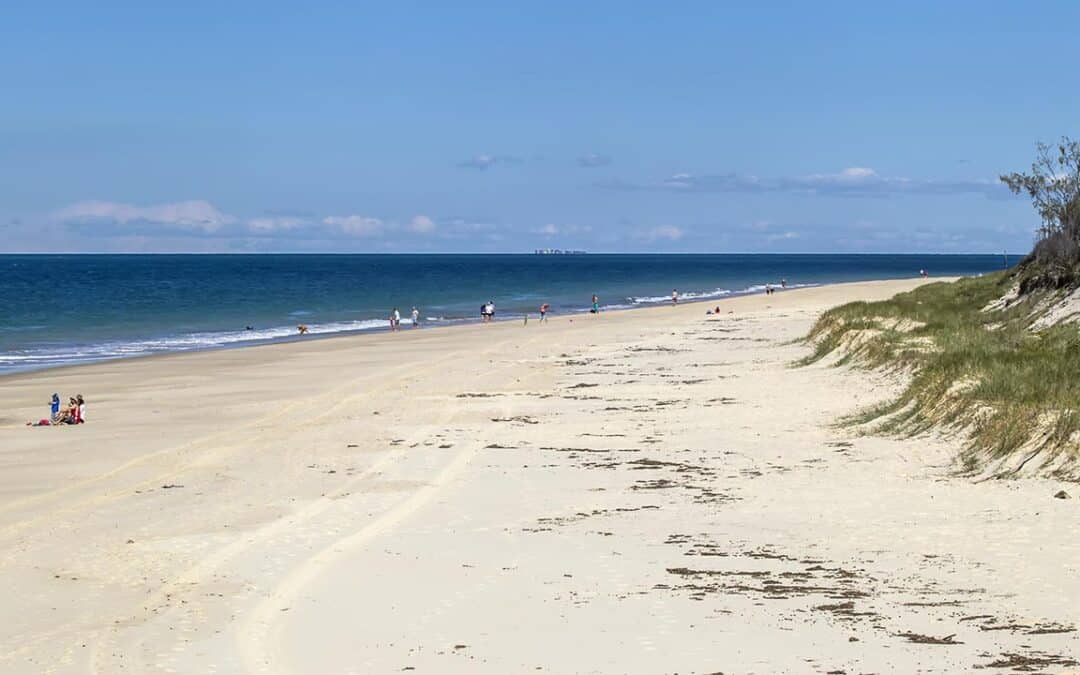 This week MyBribieIsland was contacted by Mr Albert Roberts who says he is a Brisbane resident and frequent visitor to Bribie.  Mr Roberts says he has written to the local newspapers on a number of occasions in the past about what he calls “useless” work being done by Council.  He forwarded his latest letter-to-the-editor and asked if MBI would publish it.

MBI was not established as a place for re-printing letters-to-the-editor but Mr Roberts’ letter touches on some of the issues and observations that MBI readers have said are important.  Such as:

As always, MBI is keen to hear from its readers.  Do you agree with Mr Roberts comments?  Let us know.

LETTER TO THE EDITOR    by   AL ROBERTS

I’ve written to the papers a few times in the past commenting that residents should beware when Council comes down their street.  I commented that Council rarely does anything that is useful.  Well I was back on Bribie last week and there was Council at it again doing work that was totally senseless and useless.  This time removing the last of the Cadagi trees on Arcadia in Woorim.

The circular sent to residents said this was to complete the removal of these trees as approved by Caboolture Council.  So I took a look at that approval.  The minutes of Caboolture Council Meeting on December 6, 2005 show that Council voted to remove these trees based on a motion brought by the Division 1 Councillor.  The only reason given in the minutes was because of leaf litter.  I noticed that various other reasons were given in the newspaper articles last week, but that is just someone trying to rewrite history.  The only reason for their removal that was discussed by Council was leaf litter.  The minutes also record that the Division 1 Councillor introduced this motion after receiving one complaint.  So 40 or more trees were removed at a cost of $2000 – $3000 each because one person complained.  Can you believe that !!!!!!!  Council has spent over $100,000 to remove those trees because one person complained about leaf litter.  No wonder this Council has no money to do anything useful.  Why aren’t you residents up in arms about this dreadful waste of your money?

While I was there last week, the annual land valuations from the Valuer General also came out.  These showed that land values had declined by 10% again this year.  Land values have gone down by over 20% in the last two years.  This is because Bribie Island is becoming a less attractive place to live and people are less interested in buying here.  This decrease in interest is in no small part because Council is relentlessly removing the trees and vegetation that are such a major part of the charm of this place.  No wonder the land values are going down.  Why aren’t property owners protesting this destruction of their property values?  Where are the community leaders complaining about this?  Where is the real estate community?  Where are the business leaders like the Chamber of Commerce?

In Brisbane, Council is busy planting two million trees to enhance the place and improve property values.  On Bribie, it looks like Council is doing the exact opposite. 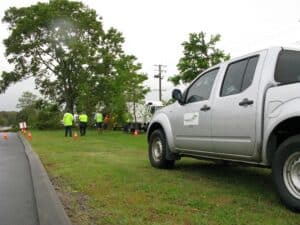 Four supervisors, eight workmen, and four Council vehicles to remove one tree because of leaf littler.
Photo: Supplied by reader 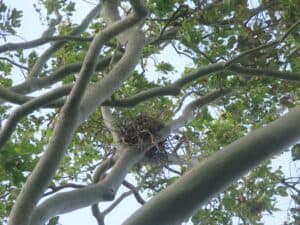