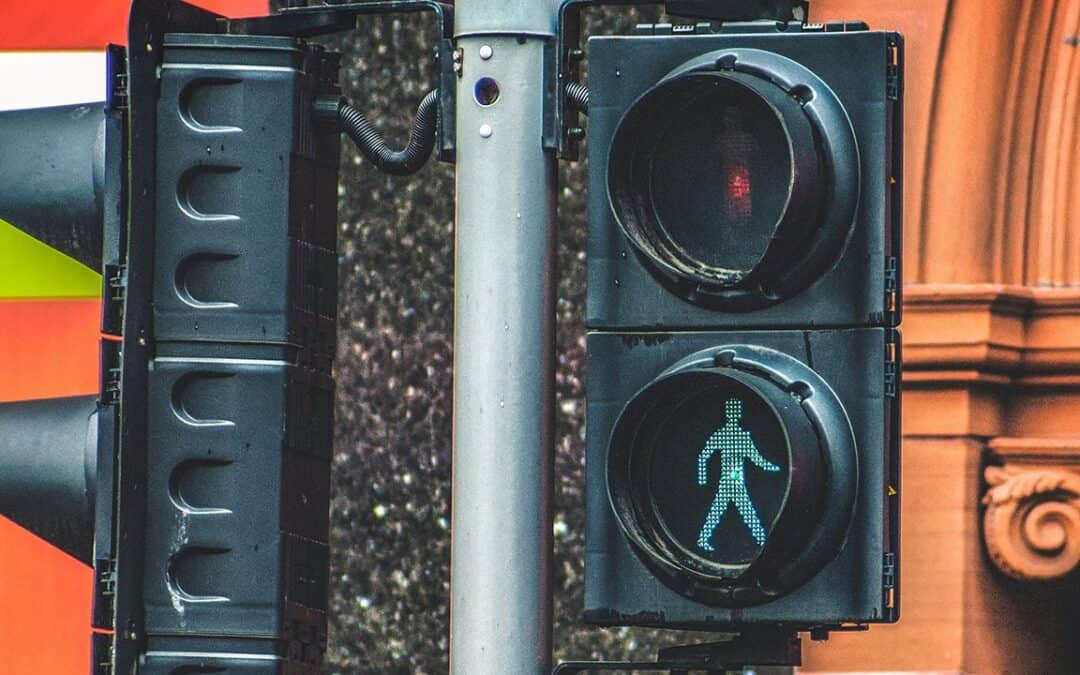 In this, the last of the stories looking at the value Bribie Island ratepayers have obtained from capital projects on Bribie, MBI looks at the project to install traffic lights on Benabrow Avenue in 2009. This project has been selected because it was the first “major” project (ie one with a cost over $500,000) undertaken on Bribie Island by the newly established Moreton Bay Regional Council (MBRC). It was also selected because the way this project was executed has set a standard for the way major projects are implemented by Council on Bribie. These implementation practises include:

Previous MBI articles on Bribie Island capital works have covered a wide range of projects including:

MBI encourages readers to take a look at these stories if they have not already done so.

In the coming months, MBI will begin a series of stories on those activities on Bribie that MBI readers have chosen as being the most environmentally irresponsible. MBI encourages readers to keep coming back to MBI to read about those stories as they are uploaded.

MBI wishes to thank all those who continue to take an interest in MBI’s stories. Readership of MBI continues to grow and the volume of downloads of articles is at an all-time high. As always, MBI welcomes feedback from its readers.

Benabrow Avenue Pedestrian Lights – Project Description: The first indication the ratepayers received about this project was a throwaway line in the 2006-2007 Caboolture Shire Council Budget. This budget included a one-liner indicating a proposed $600,000 project to install pedestrian lights on Benabrow even though there had been a long tradition and understanding that traffic lights would not be used on Bribie. Because this was a “major” project (ie greater than $500,000) it was assumed there would be some public discussion and consultation before that project scope was finalized and contracts were awarded for implementation. That did not occur.

The project involved revamping of the entrances and exits from the carpark at the centre of Benabrow, removal of a roundabout in the middle of the carpark, removal of a number of mature trees, revamping of the gardens along the carpark, and the installation of pedestrian lights close to where a pedestrian crossing had previously existed. The project was justified on a number of grounds but primarily on the grounds of “safety”. Click here for a copy of the MBRC press release justifying the project. This was issued just prior to the commencement of the works. As outlined in the discussion below, many of these claims were quite dubious and questionable.

Partly because of inappropriate plant selections and partly because of inadequate maintenance, the gardens created by this project have died. They give a real sense of neglect to visitors to Bribie. MBI notes that since this issue was raised in MBI earlier this year, there has been some effort made to resurrect these gardens and maintain them. But like the first gardens, plant selection has again been most questionable and the long term viability of these gardens is not clear. They are certainly not viable without regular ongoing care and maintenance and cost to ratepayers. 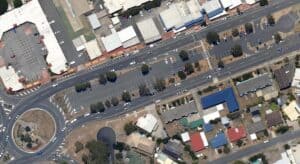 Benabrow carpark and roundabout in 2013. The gardens that had been planted have now disappeared

Benabrow Avenue Pedestrian Lights – Project Issues:   As mentioned above, this proposed project was included as a one-liner in the 2006 – 2007 CSC Budget. Without any discussion and public consultation of note, engineering design proceeded on the project behind the scene and details of the project were announced and released in August 17, 2007. The project was justified primarily on the grounds of “safety”. When challenged on this claim, MBRC released a list of the significant incidents that had occurred in the previous few years that MBRC claimed justified the project. However, on closer inspection only one of these incidents involved pedestrians. The accident frequency statistics for pedestrians on Benabrow were not all that different to the statistics for other major roadways. It was obvious that the proposed project was going to solve a problem that did not exist.

A number of individuals and community groups expressed concerns about this proposed project once details were released. They questioned the basic design, they questioned the justification, and they cited the lack of public consultation. A meeting with elected officials was requested to discuss the matter but this request was declined. Instead a number of junior CSC staff were sent out to explain the project. These staff were placed in a most difficult position. They were unable to accept any input to the project as the design was essentially frozen. In addition, they had not been part of any of the discussions that led to the decision to proceed with the project, so they could not discuss that either. All they were able to do was to outline the scope of the project.

This response by CSC was considered inadequate by many ratepayers and after further exchanges, CSC agreed to place the designs in the Bribie Public Library in October 2007 for comment. This input period was later extended into November 2007. One of the typical comments made to CSC can be viewed here. In December 2007, the Bribie Island Community Association (BICA) again requested that elected officials attend the monthly meeting to discuss the project and advise of the outcome of the community’s inputs that had been received. This request was again denied and again CSC staff were sent to explain the results of the input process and hear comments. BICA members were advised that even though 82% of the respondants were opposed to the project, their input was being ignored and the project was proceeding with no changes. It would appear that the engineering contracts for the design had been signed even before the public input had been received.

On hearing this news, BICA submitted a formal complaint to the South East Queensland Conduct Review Panel. Click here for a copy. This Panel was established by the Queensland Government under the Local Government Act 2009 to investigate complaints into the conduct of local government bodies. Click here for a copy of the Act. For details of the Panel see the following link outlining MBRC’s policy for handling of such complaints.

The Panel’s normal practice for dealing with these complaints is to establish a small review group (normally three people) from the wide range of individuals that it can call on as needs arise. Review group members are chosen from those who have some background in the issues outlined in the complaint. However on receipt of the BICA complaint, CSC appointed its own Review Panel prior to the council elections in March 2008. There is nothing illegal about this but it is unusual as it raises suspicions about the independence of the reviewers. Normally the appointment of reviewers is left to the SEQ Panel Convener.

The Panel began its hearings prior to the March 2008 elections. It was clear from the outset that Panel members selected did not fully understand what is meant by “consultation” as defined under the Local Government Act 2009. This Act uses terms such as … “negotiate”… “discuss” … “explain” … and …. “seek views”….. to define what it means by “consultation”. CSC (and then MBRC) put forward the following as examples of what it claimed were “consultation”:

The Panel agreed that very few of these actions actually meet the requirements of “consultation”. The Panel was also concerned that very little documentation could be provided to the Panel to show that the discussions referred to had actually occurred, or that the claims of support had actually been received. There was little or no documentation provided that the groups that were cited like the “Bribie Island Access Committee” even existed. The only documented support supplied to the Panel was from a survey of six business owners along Benabrow. One declined to give input, two were mildly in support and the remainder had no opinion one way or the other. The Panel also noted that the input received at the Bribie Library had been ignored. The Panel concluded that although the process did not meet the LGA guidelines for consultation, no disciplinary action was warranted but the Panel recommended that Council needed to improve its consultation processes. There is little evidence that this has occurred. Certainly not on Bribie.   Projects continue to appear without any community consultation and any input received is ignored.

Perhaps out of of concern about what the Panel might conclude, MBRC went ahead and commenced work on the project in April 2008 prior to the issuing of the Panel’s recommendations. The Attorney General’s office commented that although this was not illegal, it was most inappropriate. MBRC justified this action because this was a “safety” issue that could not wait.

BICA considered the Panel’s recommendations very disappointing and lodged a Response. Click here for a copy. However, by that time the works were well underway and the Panel concluded that there was no point in re-opening the discussions. The project was implemented and the subsequent accident frequency record shows that little has changed as a result.