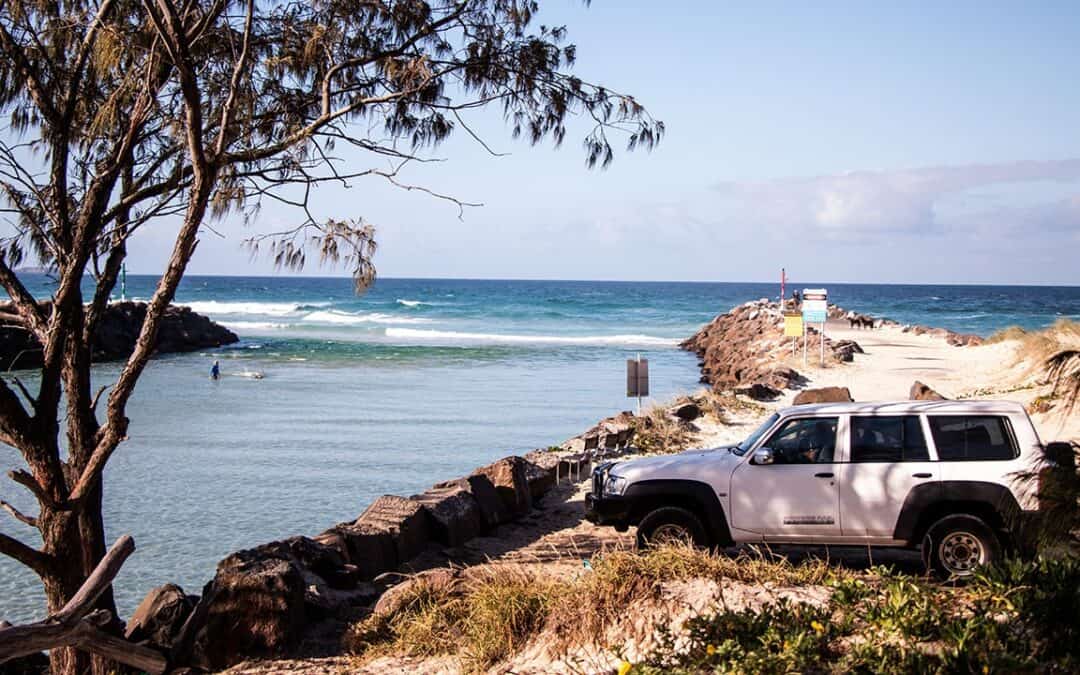 Earlier this year, MyBribieIsland Facebook published an entry that discussed the subject of 4WD access to Bribie’s beaches and it asked if it was time to ban such access. This proved to be one of MBI’s most visited entries. So MBI takes this opportunity to re-publish the entry as an MyBribieIsland story for those readers and it is attached below.

As the article notes, the number of 4WD’ers on Bribie’s beaches has grown way beyond the ability of the beaches to cope and this is resulting in significant environmental downgrading. The article comments that the current situation is just not sustainable. The article notes that to enable such traffic to occur, the beach had to be declared as a highway and that this was done in 2007 without reference to the applicable Federal legislation. The article comments that this change of status for the beaches may not even be legal. This throws up some potentially interesting legal scenarios that might play out in the courts under certain circumstances.

A number of photos are shown that have been downloaded from various internet sites. These are typical of the many internet entries and they highlight that the Terms and Conditions for use of Bribie’s beaches are neither being observed nor enforced.

What do readers think? Your feedback is always welcome

IS IT TIME TO BAN 4WD’S ON BRIBIE’S BEACHES ?

The recent fatal attack on Eric the Emu raises again the question of why 4WD’ers are being allowed on Bribie’s beaches in the first place. The area where Eric was killed is in a National Park and is part of a Ramsar area. The Federal and State legislation covering those sorts of areas should make them some of the most protected areas in Australia but the reality is nothing like that.

With very little thought and even less consultation, the State Government in the early 2000’s changed the designation of the beach area on Bribie’s eastern foreshores to allow 4WD access. It is not known if the State Government sought and obtained approval from the Federal Government for this change as is required under the Ramsar treaties signed by the Federal Government in 1991 and 1993. It would appear though that they did not. Since the change in the designation for the beach area, the number of 4WD’ers has multiplied rapidly and with that growth has come some major issues. In a recent address on safety issues facing Bribie, the head of Bribie’s Emergency Services commented that on Australia Day 2014 over 4900 permits had been issued allowing access to Bribie’s beaches. These beaches are extremely fragile and cannot survive that level of traffic. They are being seriously downgraded as a result.

A recent study entitled ….. “OFF-ROAD VEHICLES ON BEACHES – THE IMPACTS, IMPLICATIONS AND OPTIONS FOR COASTAL MANAGERS IN AUSTRALIA” comes to the conclusion that the effects of off-road usage of beach environments will……. “continue to…. cause significant long term damage to the environment and diversion of conservation resources into rehabilitation work”.   This is certainly the case on Bribie. Click here for a copy of the full report

As can be seen in the attached photos, a Google search for ….. “4WD on Bribie Island” yielded 63,200 hits. Searches of some of these hits repeatedly show 4WD activities that are expressly prohibited in the Terms and Conditions for permits to access Bribie’s beaches.  Click here for a copy.  These prohibited activities include taking dogs into the National Park, driving and camping on the soft sand areas, parking and/or driving on vegetated areas, speeding, and driving in restricted areas. Driving schools are even using restricted areas for driving instruction. Some of these unapproved activities are shown in the attached photos that have been downloaded from the internet.

Setting up tent for the day on soft sand. This is not approved under the Terms and Conditions signed by each permit holder 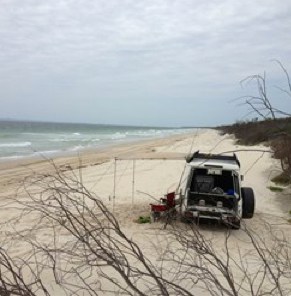 Another group set up for the day in the soft sand areas and adjacent to the dunes. This is not a permitted activity in the Terms and Conditions that this permit holder would have signed 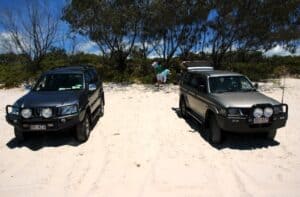 Not only have these permit holders set up on the soft sand areas, they are interfering with the vegetation on the dune. Another activity that is not approved under the Terms and Conditions 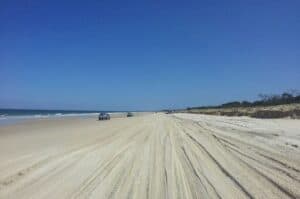 Bribie’s beaches showing the effects of 4WD’ers in the soft sand areas. This traffic has effectively sterilised this area for all fauna and flora. Nothing can live here. This sand now has nothing to hold it in place and it is extremely vulnerable to erosion.

Driving school giving instruction to learners in a restricted area 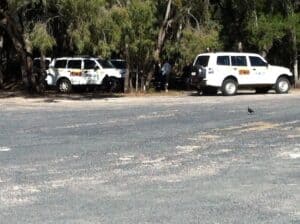 Bribie Islanders are faced with a decision. Do they want to see their beaches and communities continue to be downgraded by these off-island visitors whose impact on the Island’s economy is marginal? These visitors bring very little to Bribie and for many, all they leave is their garbage. Do Bribie Islanders also want see their streets continue to be made unsafe all weekend every weekend?

Bribie Island’s economy relies heavily on tourists. It needs visitors who will come for a holiday and not just a drive on the beach for the day. And it needs visitors who will come back with their friends for another holiday because they enjoyed their previous Bribie experience so much. But with more and more 4WD’ers on our beaches like the one responsible for the fatal attack on Eric, will visitors really want to stay here? And more importantly, will they want to come back again?

There is little doubt some government intervention is required. MBRC has recognised there is a traffic issue on the access streets and have promised to look at the issue but nothing has been done. The previous State Member for Pumicestone dismissed the concerns and refused to discuss the matter. The current State member at least has shown some recognition of the issues and has suggested some options but nothing has been done so far. The previous Federal Environment Minister did undertake to look at the matter shortly before the last elections. MBI is unaware of the position of the current Federal Environment Minister or the Federal Member.