Electors in Queensland went to the polls on October 31 and re-elected the Palaszczuk Government. Unless something drastic occurs, the Premier and her ALP Government will be in power for the next four year. Many pollsters predicted the election could go either way but on election night the result wasn’t even close. There was a swing to the Government of +5% across Queensland enabling the ALP to gain five seats and govern with a comfortable majority. For the LNP it was a crushing loss and it cost the leader her job.

So why was there such a massive swing to the ALP in this election when there was such a swing against the ALP in the last Federal election in 2019? MBI volunteers do not claim to know all the answers to that question. It has been repeatedly debated by “experts” and continues to be debated regularly in the media. But one thing is clear about the recent Queensland election. Voters approved of the at-times draconian actions of the Palaszczuk Government to keep Queensland safe from the Covid-19 pandemic. It will be of interest to see if that support continues when (and if) the pandemic risk passes.

Here on Bribie Island, the ALP candidate Ali King polled 46% of the primary vote and won very comfortably after the distribution of preferences. This represented an 11% swing to the ALP since the 2017 elections. A booth-by-booth analysis of the votes shows that the ALP carried virtually all the booths on Bribie. This was in stark contrast to the last Federal election when the ALP polled quite poorly on Bribie and this result on Bribie cost the ALP the seat of Longman. Clearly voters in the State election approved of the Government’s efforts to keep them safe. These were the same voters who, in the 2019 election, feared the ALP plans for taxation on franking credits would put their retirement income at risk and voted accordingly.

So what does the re-election of the ALP Government and the election of an ALP member for Pumicestone mean for Bribie Island? Here is MBI’s assessment of what it might mean in each of the “Top 10” issues that MBI outlined before the election.

PUBLIC TRANSPORT: The Greens advocated for free public transport but that was about the only mention of the issue in election material. There were some verbal commitments to look at the issue by candidates for other parties, but nothing in writing.

AGED CARE: There was some discussion of this issue by candidates but nothing in writing that was specific to Bribie.

MEDICAL CARE INCLUDING AFTER HOURS CARE: Lots of discussion on the issue by all parties and various proposals put forward. However these proposals were long on rhetoric and very short on specifics. The ALP promised a medical care facility for Bribie that would enable residents to obtain care here on Bribie rather than having to travel to Caboolture Hospital or elsewhere. This was one of the central planks of the ALP campaign for Bribie. However the exact medical services that will be available is not clear. It will not be a 24/7 facility. There was no support offered by any of the candidates for the private medical facility option proposed by Bribie Doctors that received Council approval during the campaign.

MBI prediction: No change in after-hours care on Bribie. Lots more talk on the wider subject of medical care but no public consultation on needs. Unlikely there will be any new functional facility operating before the end of the term of this Parliament. Perhaps a decision might be made during this Parliament to provide some new facility and a decision on what services might be offered in such a facility.

NEW BRIBIE BRIDGE: Probably one of the most discussed items in the campaign but little written commitment in campaign material. The LNP committed (in writing) to make funds available for an engineering and planning study. Other parties made vague commitments to do much the same as the LNP. No timetable was set for a new bridge. No funds have been identified for this in this week’s State Budget

MBI prediction: Lots more talk. No concrete action other than maybe another study of previous studies. No action on options that might reduce visitor traffic. Maybe a timetable for a new bridge will be established before the end of this parliamentary term.  But a new bridge is decades away.

FIX BRIBIE ROAD: Probably the most discussed item after the “new bridge” issue. Both the ALP and LNP committed funds to fix the immediate problems. The LNP wanted to see a solution that was more comprehensive than just addressing current pinch-points. The major traffic congestion occurs as a result of special events such as concerts at Sandstone Point Tavern. No discussion was given to ways of reducing the impact of these special events (such as park-and-ride options or better public transport).

MBI prediction: No funding for any signifiant work was identified in this week’s budget, so further work will be confined to identified pinch points. A four-lane highway from the M1 to Bribie Island is a long way off.

BRIBIE’S ENVIRONMENT: Other than comments from the Greens, there was little or no discussion of the importance of Bribie’s environment to Bribie’s economy and the lifestyle of Bribie residents. There was virtually nothing on this subject in the campaign material of any party (other than the Greens). For instance, there was little or no discussion of the negative impacts that ever increasing tourist numbers might have and how those impacts might be mitigated. Nor was there any discussion on the impact of the ongoing degradation of the environment on recreational or commercial fishing. No commitment was given to support for the oyster reef trial that has been established at Banksia Beach. Unless something changes, this highly successful reef is in danger of being removed.  The Environment ministry has been given to a new and very junior member of parliament.  This probably reflects the low priority to be given to environment issues by this Government.

MBI prediction:   Bribie’s environmental issues will continue to be ignored. They will only be addressed on a one-by-one basis as they arise. No proactive action can be expected on any issue

BRIBIE’S LIFESTYLE: There was an acknowledgement by virtually all parties that Bribie has a “special” lifestyle. It was acknowledged that this “special” lifestyle is what attracts people to come to Bribie for recreation, or for holidays, or even  to live. There was little discussion on the threats to that lifestyle posed by such things as inappropriate and/or non-conforming developments, ever increasing visitor numbers, and a lack of protection being given to vulnerable built and natural environments. When questioned on this issue by Craig Zonka on ABC’s Morning Radio, the ALP candidate indicated this is more an issue for MBRC than the State Government.

MBI prediction: No change other than to react on a one-by-one basis as specific concerns arise. The built and natural environments will continue to deteriorate.  When issues might arise, expect that the first reaction will be that it is the problem of some other level of government. No proactive action can be expected.

BRIBIE’S TOURISM MODEL: Little or no discussion on this issue. Price Waterhouse Coopers (PwC) in their study show that +80% of the visitors coming to the Moreton Bay area come just for the day. The current efforts to promote tourism to Bribie involve little more than just trying to attract more and more of the same. No alternatives were put forward by any candidates.

MBI prediction: No change unless there is significant community advocacy for change

SKILLS TRAINING FACILITIES ON BRIBIE / EMPLOYMENT ON BRIBIE: This issue was hardly discussed during the campaign and no commitments were made. The only skills training facility of any significance on Bribie is at Bribie Island State High School. Unless better skills training facilities become available on Bribie, school leavers will continue to leave Bribie to upgrade their skills and/or to find employment.

4WD’s ON BRIBIE’S BEACHES:  Currently there are no limits to the number of vehicles that are allowed to drive on Bribie’s beaches and there is no limit on when they can do that. Virtually all candidates admitted that this current situation is untenable. There was some agreement that 4WD’ers make a very minimal contribution to Bribie’s economy. The Greens called for an outright ban. The LNP committed to bring together all affected parties (residents, users, businesses, government departments, etc) within 100 days to resolve the issue. One Nation made much the same commitment but set no timetable for that. The ALP commented that the way forward was to develop a management plan for Bribie’s National Park areas (which include those beaches). However such a plan has been under discussion since at least 2010 and no progress has been made.

MBI prediction: No immediate change unless there is a strong pushback from residents.

So what do MBI leaders think? Is MBI too pessimistic with its predictions? Or too optimistic? Has MBI omitted some area where significant change might occur? Readers’ comments are always welcome. 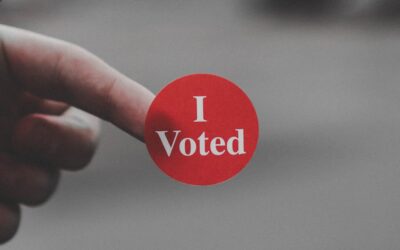