JUST HOW GULLIBLE DO POLITICIANS THINK THE PUBLIC IS

Just how gullible do politicians think the public is? Very gullible if the actions of the Department of Environment and Science over the installation of number plate recognition cameras at Woorim are any indication.

According to the Minister….. “This advanced number plate recognition system is a first of its kind in an Australian national park entrance and combined with the existing four-wheel drive vehicle access permits, will help ensure that the ecosystem, native animals and turtle hatchlings are observed and not disturbed”.

The Minister’s Press Release goes on to say….. “One of the key advantages of the recognition system is that it operates 24 hours a day and will deter any four-wheel drivers who are entering the park at night, often without permits, when turtles are actively nesting and can be easily disturbed.”

It is now 12 months since these cameras were first installed. What has happened? Has there been any reduction in after-hours hooning? Is the ecosystem, its native animals and turtle hatchlings better protected as the Minister claimed? Is it safer for the general public to walk or fish or ride along these beaches? Has illegal beach driving been deterred.

The short answer is that there is little evidence that anything has changed. The overwhelming evidence is that the situation is much worse than it was a year ago. Why is that? The Minister said the world was going to so much better off once these cameras were installed.

To understand why these cameras have been a waste of time needs some understanding of what happens happens when someone without a permit goes through them. Absolutely nothing happens it would seem. The cameras take a photo of their number-plate and that is where it all stops. Nothing more happens. There is no link with the permit system so no infringement notices can be generated. Just as MBI predicted in a previous post, these cameras have proven to be a total waste of time and money. The beaches are as unsafe as ever for those who just want to walk along the beach or cycle or build sandcastles. Rare and/or endangered wildlife is still at risk. Hoons still terrorise the beaches every night. Campers still camp illegally wherever they wish. 4WD’ers illegally drive or park all over the dunes whenever and wherever they want leaving a trail of destruction behind them as can be seen in this photo https://bit.ly/3aHrINI. All they have to do is to keep an eye out for the QPWS Rangers and avoid being caught. As long as these offenders are off the beach by the early morning when Rangers begin patrols, they are safe from any prosecution.

What do readers think about these cameras? Useful? Or a waste of time? MBI welcomes feedback from readers. Readers may also wish to contact Ali King MP, the local Member for Pumicestone, on this subject at 3474 2100 or pumicestone@parliament.qld.gov.au. Alternatively they can contact the Hon Meaghan Scanlon MP, Minister for Environment and Science at 5560 7100 or environment@ministerial.qld.gov.au 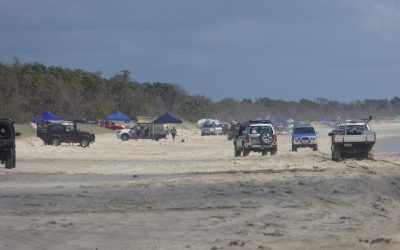 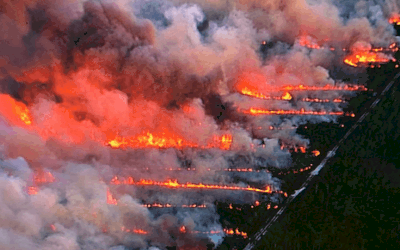