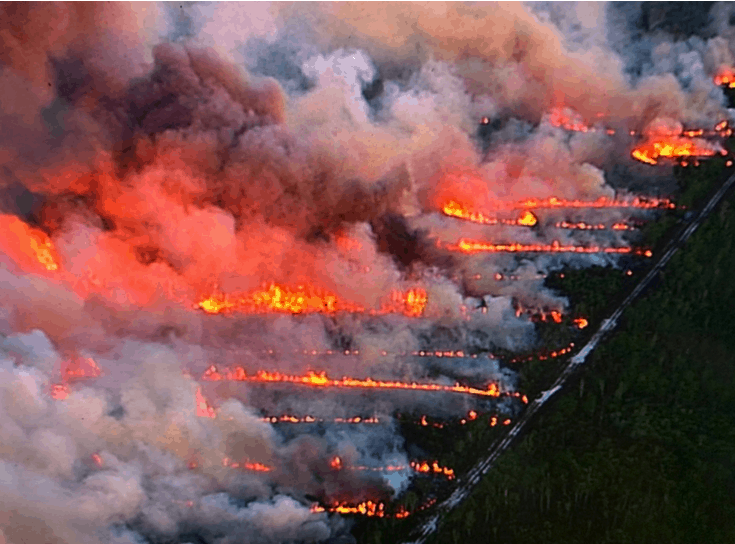 In August, one of the nightly newscasters commented on the smokey air around Brisbane that day.  He advised that we should expect this for another month or so while hazard reduction burns were being undertaken to reduce the fire risks.  While it is comforting to know that efforts are being made to protect us, it does raise the question….. why are these controlled burns being conducted so late in the year?  That is the time of the year when the fire load is at a peak and in its driest condition.  The potential for secondary damage to mature vegetation is greatest.  And the potential for impact on ground nesting fauna is also greatest.

Here on Bribie, late season control burns seem to have been the norm.  Sometimes with catastrophic results.  One of the worst fires in recent years was the result of a late-season control burn at the northern end of Bribie that got out of control.  MBI understands that the local plantation operator, HQ Plantations, strongly advised QPWS not to proceed with that burn but their advice was ignored.  Some photos of that fire and the damage it caused are attached.

The Royal Commission strongly recommended that fire authorities closely evaluate the need for burns to be late-season or “hot burns”.  It strongly recommends that fire authorities look closely at Indigenous fire management practises.  First Nations people used burns as a routine but always at the start of the season when fire loads were lower and not as dry and flammable.  Hence the term “cool burns”.  These burns rarely took place after May.  The impact on mature vegetation and/or ground fauna was much lower.  The recommendations of the Royal Commission regarding Indigenous practises can be found at https://bit.ly/3FoQQ9e

However, the other major landholders (Department of Environment (DES) and Department of Natural Resources (DNR)) seem to be continuing their practise of undertaking hazard reduction burns as “hot burns”.  In April, their burn contractor Fireland Consultancy, advised that burns would be conducted over the May to September period.  See the attached photo of their notice.  Most burns on Bribie were conducted in the August – September period when potential for secondary impact was greatest.

DES and DNR are to be complimented for their efforts to control fire risks here on Bribie and keep us all safe.  But why are they persisting with late-season “hot burns” that can be so environmentally destructive and can cause so much avoidable secondary damage?  One has to wonder if they have read the Royal Commission’s report 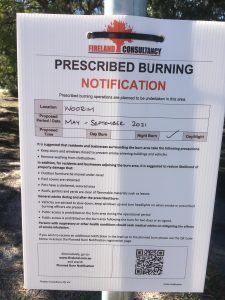 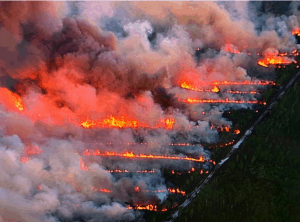 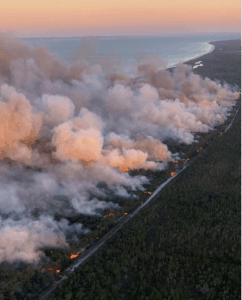 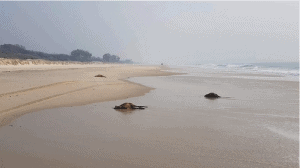 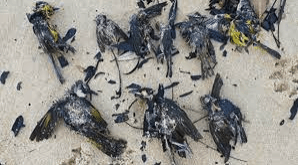 More of the wildlife killed by the out-of-control burn

THE RECENT COVID LOCKDOWN WAS A PAIN FOR ALL. BUT IT DID HAVE SOME POSITIVE OUTCOMES