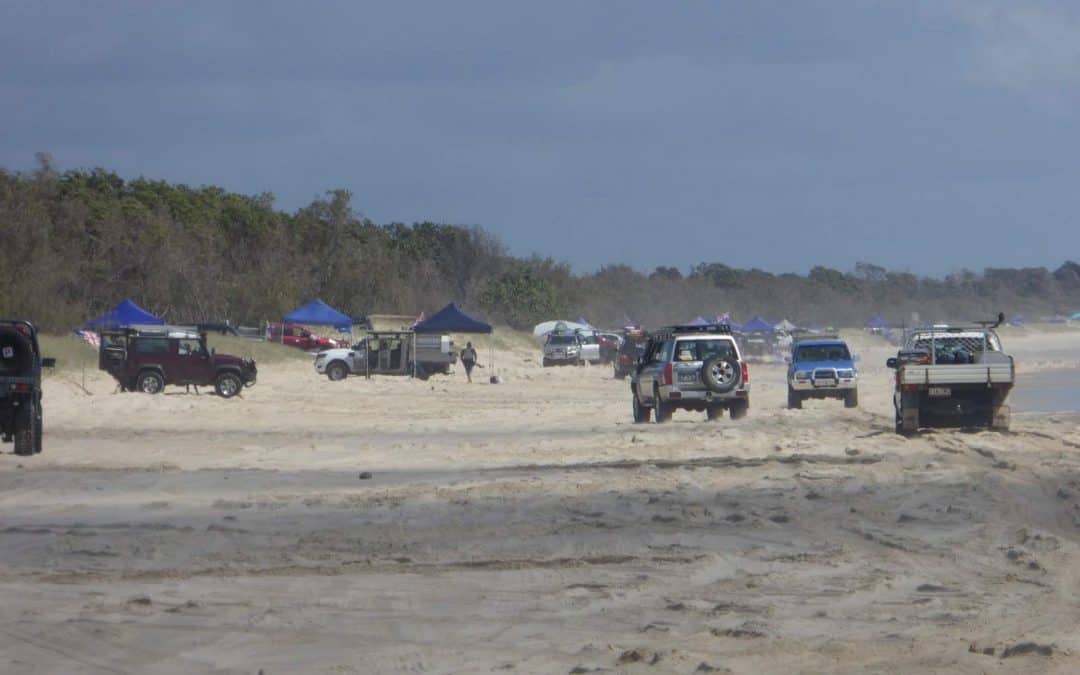 The Department of Environment and Science (DES) recently announced a “study” to be undertaken by international consultants EarthCheck (https://earthcheck.org/) to determine “sustainable visitor capacity” for the beaches in the Bribie and Cooloola National Park areas.  Some details regarding the “study” are given below in the October 7 announcement by the Member for Pumicestone, Ali King on her Facebook page. 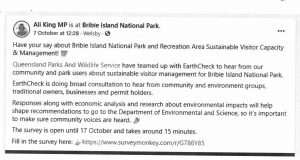 The Member for Pumicestone  advises that the study will determine.. “sustainable visitor capacity”..  and will undertake.. “economic analysis and research about environmental impacts”.

But this study by the Department of Environment and Science does not appear to be doing any of that.  It appears to be confined to creating a few survey instruments to gather opinions from various groups such as select community groups, from user groups, and from the business community.  And then somehow those opinions will be collated, and then conclusions and recommendations will be drawn from those combined opinions.  Some examples of these surveys can be found at:

The scope of DES’s  “sustainable visitor capacity study” does not appear to include a review of literature showing the downgrading impacts of beach driving in similar environments around the world.  In communications made available to MBI, the Department of Science and Environment advises that it has not undertaken any studies on Bribie to assess the impact of beach driving on Bribie’s beaches and has indicated that it does not plan to undertake any either.  It is therefore quite difficult to understand how the EarthCheck “study” can assess the environmental impacts of beach driving as it claims it will.

MBI understands that there is quite a deal of evidence to show that Bribie’s eastern foreshore could include areas with Aboriginal Heritage value.  However the area has not been studied in any great detail.  MBI understands that the Department of Environment and Science has not undertaken any assessment of its Aboriginal Heritage value and does not plan any such study.  The scope of DES’s “sustainable visitor capacity study” does not appear to include any assessment of the impact of beach driving on those areas that potentially could have Native Heritage value.

In 2002, beach driving was banned in South Africa.  Although there were some initial issues, follow-up studies show that the banning of beach driving has had a very significant positive impact on the local economies.  There is also considerable anecdotal evidence that the banning of beach driving in South Africa has greatly improved fish stocks in those areas.  MBI understands that DES’s “sustainable visitor capacity study” will not be looking at the South African experience or the experience of other areas (such as Victoria) where beach driving has been banned.  MBI further understands that the Department of Environment and Science has not undertaken any study on the economic impact of beach driving on the local Bribie economy and does not plan to undertake any such study.  So it is difficult to understand how the DES “study” can come up with any “economic analysis” that it claims it will be doing.

There is a growing community pushback against beach driving by the local community.  The never-ending 24/7 traffic along the access routes is having a tremendous impact on the lifestyle and liveability of those who live on or near those routes.  A recent petition by some local Bribie residents calling for some restrictions to be placed on beach driving attracted over 28,000 signatures.  MBI has difficulty understanding how these social issues will be assessed by the EarthCheck study and has difficulty understanding what importance, if any, will be placed on those social issues.

On its website, DES goes to some length to describe the importance of wetlands (like the Bribie beach areas) and the importance of protecting those areas.  See https://wetlandinfo.des.qld.gov.au/wetlands/what-are-wetlands/.   The reality though is that much of Bribie’s beach areas have been turned over to the exclusive use of a small user group whose actions are having a significant negative impact on those beach areas.  Bribie’s beaches are among the greatest attractions of the Moreton Bay area, but other less invasive and more environmentally sustainable leisure activities like walking or biking are impossible now.  It is too unsafe.  MBI is having great difficulty reconciling the descriptions on the DES website regarding wetlands and their importance with the realities of what is being permitted in those areas.  Perhaps the DES “study” will make it clearer how DES is fulfilling the needs that it outlines on its website.

So given all this, here are MBI’s predictions of the conclusions that will come from the DES “study” 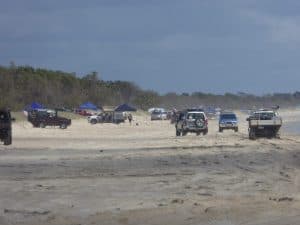 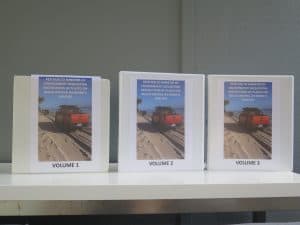 Prediction #2 – MBI predicts the DES “study” will make little or no mention of the call by the public for restrictions to be placed on beach driving as demonstrated in the recent petition that gathered +28,000 signatures.  MBI predicts this petition will be ignored even though +75% of the signatures come from Queenslanders 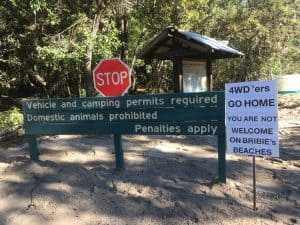 Prediction #4 – These vehicles shown here are destroying the turtle nesting habitat adjacent to the dune.  Since beach driving was legalized here in 2008, QPWS has not reported any turtle nests in this area to DES’s Chief Scientific Officer even though nests are reported each year by volunteers in areas to the north and south of the beach driving area.  The inescapable conclusion is that beach driving has totally destroyed this turtle nesting habitat in that part of Ocean Beach where beach driving is permitted.  MBI predicts that the DES “study” will make some motherhood statements about the need to protect the environment but those statements will be fairly useless as they will contain no specific recommendations 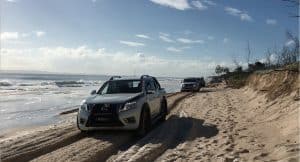 Prediction #5 – Aggressive driving practices by many beach drivers have made the beaches quite unsafe for more passive recreation like walking, cycling or fishing.  MBI predicts that the DES “study” will make little or no mention of these safety issues.  It may make some statements about the need for public safety but these statements will be fairly useless as they will make no specific recommendations 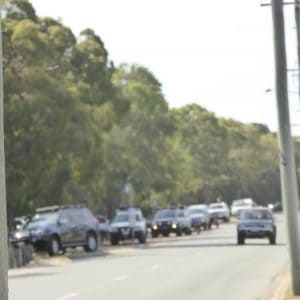 Prediction #6 – MBI predicts that the DES “study” will make little or no reference to the social impacts of beach driving on the Bribie community.  It will make no mention of the traffic impacts that make life intolerable for those that live on or near access routes to the beach entrance 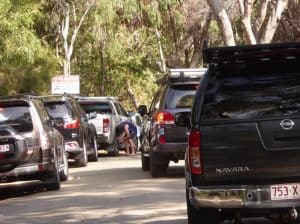 Prediction #7 – MBI predicts that the DES “study” will make little or no mention of the noise coming from inflating and deflating tyres at all hours of the day and night, and the impact this is having on the lifestyle and liveability of those in the area. 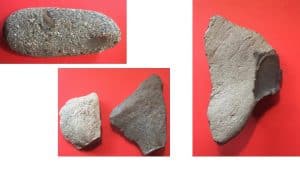 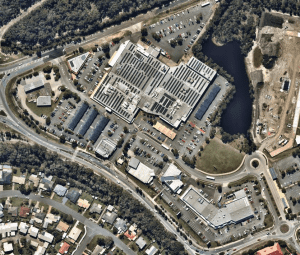 IT’S HAPPENED AGAIN. ANOTHER NON-CONFORMING DA FROM SANDSTONE POINT TAVERN SUBMITTED TO MBRC. ANOTHER APPROVAL BY MBRC WITHOUT DEBATE. ENVIRONMENTAL AND SOCIAL AND SAFETY ISSUES RAISED BY OVER 700 OBJECTORS IGNORED. WHO DOES MBRC LISTEN TO? DEVELOPERS OR RATEPAYERS?